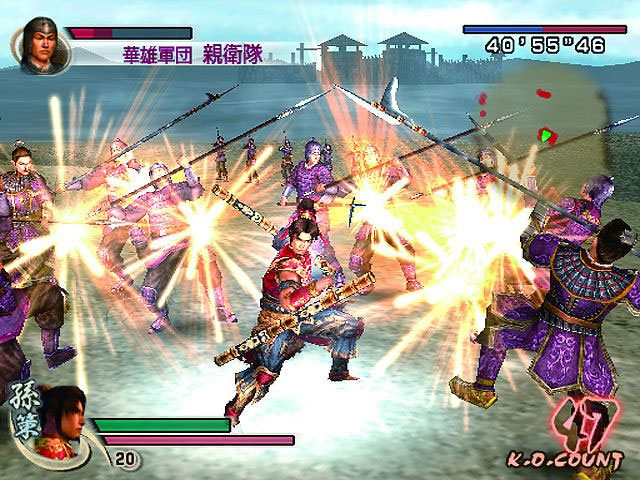 • Yue Ying from a longbow to a bladed crossbow, an original weapon inspired by the repeating crossbow. It fires flaming projectiles and contains an extending stationary blade. • The characters's alternate colors have slight variations and accents. This mostly applies to the six unique characters for Special. • Renbu now decreases at a slower rate. • To compensate for the downgrade, the port has lower resolution graphics and models compared to the PS3 and Xbox 360 versions.

It also suffers from heavy slowdown and 'disappearing' enemies. This is most likely because of the porting to a previous generation console with limited memory capabilities. • Dueling and swimming have been removed. Water will always be shallow enough for the players to run through (except at ). • Enemy AI at, Chi Bi, and have also been altered due to the absence of swimming. The central trap at has also been changed to a multi-fire arrow contraption attached near the gate.

• A good portion of the unique clothing and banners used to distinguish the countries have also been omitted. Animations for the army's extra units (such as ballista and engineers) are altered or cut. • The loading screen before battles has reverted to the standard black screen with flaming text.