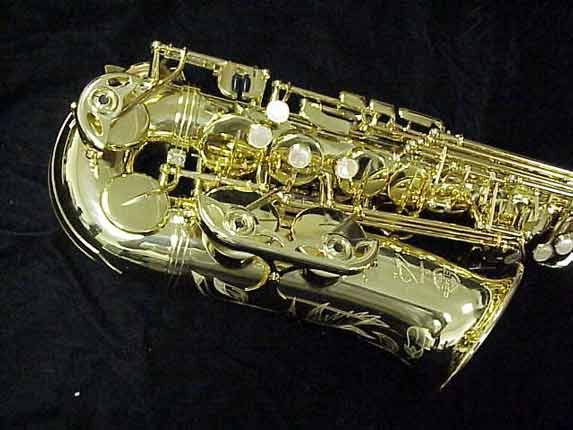 Ok, well it sounds like everyone else that has posted here will hate me, but personally I don't care for the 54 that much. I've played the alto and tenor models. The alto model was extremely stuffy in the low register (below g) and generally uneven as far as sound quality goes across the whole horn. I liked the tenor slightly more, but neither of these horns compare to my half-the-price yamaha. They could be played professionally obviously and for certian, but I was not impressed, and think Yamaha easily outplays them in all categories.only my opinions!

I've tried several reference 54's, and I think they're great horns, but the thing is, it's not the best, especially, most especially when you factor in the price. Mauriat's to be every bit as good as they are, and at considerably less cost. I know that there's a mystique about Selmer, but I honestly could never figure out what it is.

My Conn and Martin still kill any Selmer I've played in the tone department, but then I'm biased. For new horns, Selmer is no longer King Of The Hill, as there are many choices that compete well with it. Saxman2200,Guess this one's up to you but my experience is that I;ve owned a '72 Mk VI, currently have a '77 Mk VII, and just bought the Ref. 54 limited edition lacquer tenor. Torrent download the office season 8. I bought this horn from SamAsh.com (my mistake) because they understand Fenders much better than Selmers but the minor;tweaks; I needed were easily taken care of by a local technician. Long story short, I do love this horn and find that it plays much better than I realized at first.I have had to get used to how easily it responds compared to how I pushed it from the beginning. I recommend that you buy it from a local dealer that will let you play several (don't forget your portable tuner) or from an online dealer that guarantees included setup (SaxQuest, ProWinds, or Tenor Madness?) prior to shipping to you.

I hope this helps and have fun! I agonized over whether to cash my late '60's Mark VI tenor I'd had for 25 years and go with the Ref 54.

Fortuneately I was able to play them side by side, record them, try different mouthpiece setups, yada yada. I did it.Best move I ever made. No regrets.Its so similar sounding that I actually fooled my wife from the other room. I didn't keep the recordings, but MAN are they similar sounding. Of course now I don't have to 'fix' the intonation of high D on the fly (my VI's little 'personality'), and I can play ppp low Bb's, B's, C's etc uphill on my worst day.

The horn is fabulous.