Hello, As you can see on this picture the water can get inside only though the gap between the rear case and the speaker's platform. It looks like mine attached too tightly but anyway it could be good idea to add the silicon along the dash red line. 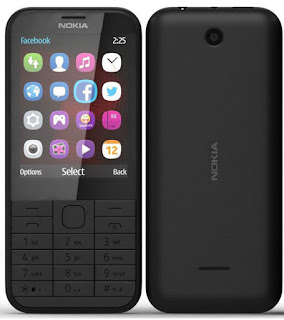 The sole serious problem with this device is that I can't pair it neither to the SR10 (Sena) nor to F4 legacy Interphone headset. In both cases I get the message 'Connection failed'. Update It seems that both either the first generation BlueAnt Interphone (bluetooth v1.2) headset or SR10 support only the HFP, HSP bluetooth profiles and don't support A2DP which may be the only option for Peaklife. Personal opinion: Pros. Good price Good quality Fast CPU Perfect gps signal reception V ariety of GPS software for Windows CE5 Cons: No support from vendor Bluetooth is not working (tested only with the SR10 and first generation BlueAnt Interphone (v1.2, HSP, HFP)) Best Regards, Vlad. It seems you can import a custom gps route into igo8 (click ) or igo primo (click ). It has to be a kml file, so either draw the route in google maps and export, or just convert an existing gpx file with one of the many converters around (a free online one ). The above threads say you just need to make the following folders on your SD card and drop the kml file in.

IGO8 CONTENT USERDATA ROUTE or /primo/content/userdata/route what puzzles me is why the file structure for the igo8 is uppercase, but lower case for the igo primo. Maybe it doesn't matter? In any case, once you turn the gps on it should automatically import the route.

Then you can save the route, and the gps will then convert it to a.dat file and save for future use. Click to expand.I had tried kml files but when imported to the unit it makes thousands of waypoints along the route as opposed to just the few I had used to make the route, this makes it very hard to see the route and almost impossible to change the route once on the unit. Any hints on a fix for this would be great. Just sold the bike I had hardwired this unit on and have ordered another unit for the new ride, still very happy with it especially at around 15% the cost of an equivalent Garmin! Just goes to show how much these units actually cost to make versus what they are sold for (by Garmin). Guys, need the wisdom of the forum.

Can I load City Navigator, Tracks for Australia, Oztopo 2.1b, Shonky Maps, and the standard basemap and select them individually on the 'Peaklife' GPS or is this beyond it and my capabilities. It looks like a well made unit but I'm lost. When I look at the higher priced Garmin Units (rino,montano) I find faults with these. This is alright but some of their GPS retail close to $1000:eek1. This is alot of money if it gets damaged. I know other inmates have loaded the above maps on a Garmin and if I can't figure out how to do it, the fall back would be to pay for Garmin upgrades ( like $99.00 to GPSOZ and have upgrades like V4 of Oztopo maps installed).

Sorry to seem needy but I really need to know what the 'Peaklife' is capable of and some blokes here seem to like them enough to be on their 2nd one. Cheers in advance. Click to expand.there are two kinds of maps, vector based and bitmap based and gps units are only designed to accept one type (far as i know).

All garmin maps and shonky maps are vector, where the images are made up of lines and various shapes. Most other gps units use bitmap images, meaning every map is actually like a photo, e.g. Made up of pixels so you need to access different images when you zoom in and out. I think garmin gets away with charging a lot because the good offroad maps are almost all vector based. The exception i know of is oziexplorer maps but they cost a fair bit and there's a bit of a learning curve with their software. A quick google shows you can load oziexplorer on to the peaklife. I'm a budget too, i got a garmin 1450t from dick smiths for $150 and a ram mount from ebay for $50.