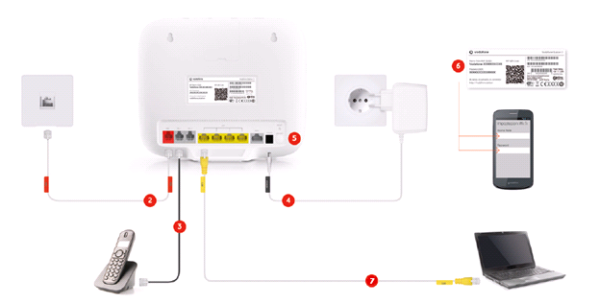 With over 6,500 breweries in the United States, it can be difficult to differentiate yours from the rest. At Brewbound Live we will talk to a trio of fast-growing independent breweries, Three Weavers, Fort Point and Melvin, about how they are creating points of differentiation in a crowded marketplace. We will hear from Brooklyn Brewery who will talk about how an established, mid-sized craft brewery is staying competitive at their core while finding new growth opportunities abroad. Finally, our big brewer panel explores the craft strategies of three of the industry’s largest players: Anheuser-Busch, MillerCoors and Constellation Brands. Keith Villa Founder, CERIA Beverages Keith Villa is a third generation Coloradan, whose higher education began with an undergraduate degree in Molecular, Cellular and Developmental Biology from the University of Colorado, Boulder. His first job out of school in 1986 was with Coors Brewing Company, conducting molecular biology research on yeast. In 1988, Keith and his wife, Jodi, traveled to Belgium where Keith earned a Ph.D.

In brewing science and fermentation biochemistry from the University of Brussels. Keith is credited with creating Blue Moon Brewing Company in 1995 as an operating unit of Coors, which later became MillerCoors.

Blue Moon’s Belgian White, garnished by a Valencia orange slice, grew to become the number 1 craft beer in the U.S. During this time, and Keith became a well-known brewmaster in the industry, appearing in Blue Moon TV commercials. Now retired from MillerCoors after 32 years, Keith and Jodi are focusing on the next stage in their careers – the creation of non-alcoholic brews infused with THC that offer consumers a socially acceptable and responsible way to enjoy cannabis. These new products will be offered by their CERIA Beverages Company and sold first in Colorado. Lynne Weaver Co-Founder, Three Weavers Brewing Company Lynne Weaver is the founder and president of Three Weavers Brewing Company in Inglewood, California.

Vce to pdf converter free full version software free download. For example, you cannot view these files if a vce reader is not installed on your machine. This makes it totally impossible to view these files with a valid vce file reader! Likewise, the file requires administrative rights for viewing and changes.

Lynne leads all aspects of the brewery, including operations, finance and sales. Three Weavers Brewing Company is an independent craft brewery with a mission to build a positive sense of community through the collective passion for craft beer. Three Weavers is one of the largest independent craft breweries in Los Angeles County and currently expanding production and distribution on the West Coast. Led by award-winning Brewmaster, Alexandra Nowell, Three Weavers craft beers have received critical International acclaim, winning a World Beer Cup Gold Medal in 2016, a GABF Silver Medal in 2017, a European Beer Star Bronze in 2017, and the Australian International Beer Awards Best IPA and Champion International Beer in 2018.

He was appointed to the CEO position in 2014. Prior to taking over as CEO, Eric served as chief operating officer of the New York City-based company. Eric, along with his brother Robin Ottaway, who serves as the brewery’s president, have been with the company since the mid-’90s. Eric joined Brooklyn Brewery in 1996, after previously serving as a manager of The Craft Brewers Guild in Boston, a distribution company that at the time was owned by The Brooklyn Brewery. Ottaway earned an MBA from Harvard Business School, and a bachelor’s degree from Yale University. He is married and has two sons, ages 24 and 21.

The Brooklyn Brewery, founded in 1988, produced 293,000 barrels of beer in 2017. Its beer is sold in 26 states and in more than 20 countries. In 2016, Brooklyn Brewery sold a 24.5 percent minority stake to Japan’s Kirin Brewery. The following year, it acquired minority stakes in California’s 21st Amendment and Colorado’s Funkwerks.

The company has also forged several international brewing partnerships. Eugene Kashper Chairman of the Board, Pabst Brewing Co. Eugene Kashper CEO and Chairman of the Board Eugene Kashper is the CEO and Chairman of Pabst, America’s largest independent brewer. He brings over twenty years of experience in the beer industry, including creating and/or launching more than 50 brands of beer and beverages and 10 breweries. Since taking the helm at Pabst in 2014, he has premiumized the company's core brands, strengthened its sales and distribution platform and forged exciting new partnerships. Eugene began his career in the beer industry in 1994 with The Stroh Brewery Company of Detroit, Michigan in international sales, where he worked with many current Pabst brands, including Old Milwaukee, Schaefer, Schlitz, Colt 45, and Stroh’s.